from The Space Between Stars by Jonathan Segel 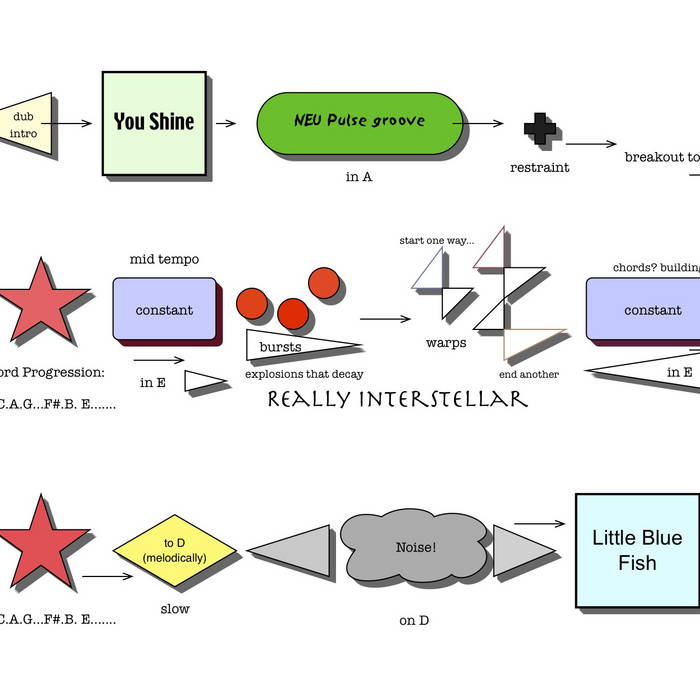 Made from the unused first take of "Interstitial Undertow" from the sessions for the "Honey" album at Myles Boisen's Guerilla Recording in 2006 (? i think).

The picture here is the score we used for the first version of this idea, done live at the 1st Annual Camper Van Beethoven/Cracker Camp-Out in 2005, when we were starting to try to figure out how to get really interstellar with this piece. I've been meaning to get around to finishing the truly spaced out spaciousness of the piece and finally got around to it for this, now the third version.

Shout outs to Santa Cruz, here, not only did most of the musicians live there at one time or another, but a couple of the the companies from there (Josephson Microphones and Universal Audio) really helped me in making this music, as well as so many other recordings. Not that this is exactly what they'd want to use as their advertisements...