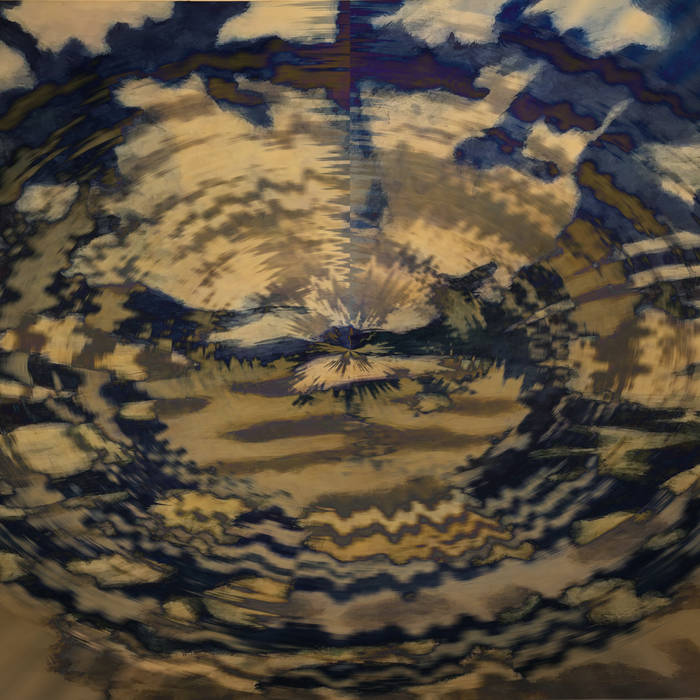 These tracks are mostly the outtakes from the making of "Superfluity" (see www.JonathanSegel.com for more information), which is to say, the completely superfluous music that didn't even make it to the album.

In a possible sequence:
Also note: some of it is rough.

1) Not Trying to Transform Into Something I’m Not
...or?
Part of the set of improvs at Roth Händle Studios that were built into songs for the Superfluity album. You can find thematic material all over the place on that album, and here.

2) Moths
Mandolin improvisation with added vibraphone and violin, during that week when I had the studio keys!

3) Gently Through the Hoop
Lots of mallets and synths. And fretless bass. Trying to be a sixties BBC TV show theme.

4) Skerry
A skerry is a lump of rock that sticks up out of the water, like a tiny island. Skerry!

5) Confabulation
Confabulation is the process of making up stories that you end up believing as true!
In this instance, we are leaving the bar when we run into the Pooka, who takes us on a night-long adventure that shows us the history of mankind and the trials and tribulations of your own ancestors, the connections to the beginnings and endings of the world, and then dumps you back in the driveway at 4am.

8) Return of the Days
This was a solstice track from winter, originally on Soundcloud as a freebie, now part of the mandolin world here.

9) Valborgsafton
Rawk! \m/
Here's some doom metal mixed with a bit of synth and what the hell ever else.

I was setting up drums in preparation for recording with Sista Maj, and before the other guys got there I played this to check levels. Yes, I played drums. I suck at drums. And apparently at setting mic cables, because the floor tom track had something else on it, so it's not there.

Anyway, Valborgsafton is the day before May 1st, Walpurgisnacht in German, where they burn bonfires and scare the witches away before the May comes. I always wanted to do death metal about flowers and children, so here you go.

10) Damn Hippies
yup, i did it all myself, all high 'round the campfire and shit.

11) Tardive Dysphoria
more in the mandolin world. It happens.

13) I Miss Tomorrow
…something Marlowe said when she was very young, getting used to English.

14) Late Sleeper
Yet another studio outtake, this one made from Mellotron backing tracks (yes, the Mellotron was invented to back people up with whole band loops, like the Optigan!) plus violin, Waterphone and whatnot. Oh, an AKG B12 Spring Reverb.
This was also on the Great Learning Orchestra "Miniatures" album.

15) The Bridge to Nowhere
Outtake from Sista Maj's album "Series of Nested Universes", on Space Rock Productions! see SistaMaj.bandcamp.com
This is literally a bridge between improvs, where you hear the album, you will see that it came after Peony Spies and before Like a Diamond

16) The Digger You Deep
This could have been developed into a highly ornate composed piece, I guess. But it wasn't.

This is the first "outtake", or track that just didn't fit anywhere, in the process of recording both “Superfluity” and Sista Maj’s “Series of Nested Universes”. When I was at Eastman Studio in April 2015, I met Andreas Axelsson, the drummer, for the first time, and Mats Burman, a guitarist who played bass that evening, and we improvised. It was a little odd, having not met one another prior to this studio session, but we managed to make some music that I ended up working on, at least a couple things from the several tracks we recorded.

After three 15-20 minutes recordings, Mats took a break and Nathaniel (an American musician who lives here in Stockholm, whom I had been engineering for on the previous days in order to pay for the session!) and Johan came into the recording room and I picked up the bass. I had a large diaphragm condenser as a room mic, so I put it in the piano and cranked up the compression.

Johan and Nathan asked, how do you start to play something that is improvised? So we started playing.

I took it home and added a guitar (or the reverb of one, anyway), and some synthesis, and eventually another violin track (Nathan is actually in the background here, playing through an amp).

It's a funny track because it nearly never gets anywhere, or rather it seems to have a very simple melody that takes at least 8 minutes to finally get to. Very ECM. That and the super-compressed piano make it very Nordic (cf. Dungen, for example)… those, plus the fact that it takes so damn long to say anything concrete.
Needless to say, it's not a stylistic destination that I normally head toward, but there you go. It's interesting perhaps because of that.

"Drishti" is the word (in yoga) for the point of focus when you're gazing at something/nothing while trying to hold some particular pose.